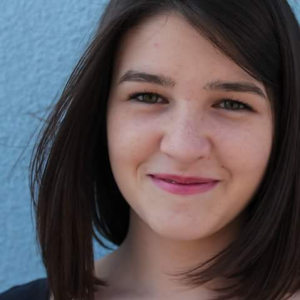 Data gathering, gamification, avatars. What’s their meaning, from which planet do they come from, and what do all these technical terms have in common?

Immersive journalism is the answer. The subject of the next paragraphs seems inaccessible and difficult to understand. However, each of us constantly comes in contact with this particular reality without even noticing. Immersive journalism is an amatorial video of a hurricane or a crocodile stuck in a swimming pool in Texas. It is the possibility to explore a place we heard from the news through the augmented reality of Google Maps. Immersive journalism is our attitude to face the uninterrupted flow of news. That moment when we decide to go beyond our information-bubble. So we put the Sherlock Holmes beret on our head and we start to listen to our innate investigative curiosity.

Immersive journalism was born as an attempt to readjust the classic way of doing journalism along with responding to the multimedia change of the Internet era. Starting from 360° camera videos to the use of machine animation for the reconstruction of particular news events in 3D and augmented reality. These are the tools that immersive journalism uses.

Hence, CNN’s reportage Tour Aleppo’s old city, and Project Syria by Nonny de La Pena are journalism-oriented experiences that put us as first-person observers of the events being told.
Tour Aleppo’s old city is a short 360° video, through which you can see the city before and after the civil war. A voiceover describes what remains of the colorful craft shops that animated the historic center’s squares. Furthermore, absorbed in what appears to be a real video game, anyone who has had the opportunity to experience the work of Nonny de La Pena through the use of VR has faced what it means to be a victim of an air raid.

In the past, helicopters were the real stars of the all-news live reportages. This tool offered journalists the chance to film inaccessible places, police chases, and car races too. Thanks to them, we’ve been able to see what was happening on the streets of the cities hit by Hurricane Katrina in 2005, or the tsunami devastation in Thailand a year earlier.
Drones are the new helicopters. Compact and remotely controllable, they have become one of the most used tools in live news reporting (drone journalism). Originally designed for military purposes, today drones are also used to support the augmented vision for journalistic reports based on immersive storytelling. Among the pioneers of drone journalism, Matt Waite was the first to found a Drone Journalism Lab, entirely dedicated to the study of the integration of drones in journalism.

The use of drones in the journalistic profession exposes the debate on the intertwining of ethical and legal policies. One of the risks consists of violating the citizens’ privacy by physically invading private spaces. To solve this problem, the Italian National Civil Aviation Authority drew up the Regulations for remotely piloted vehicles in 2013. Recently, the law has begun to discuss the issues around drone journalism. The filming of private property or public places without prior consent is now prohibited, and the professional conduct codes have been updated as well. At the moment, journalists are required to minimize the media exposure of people in private spaces.