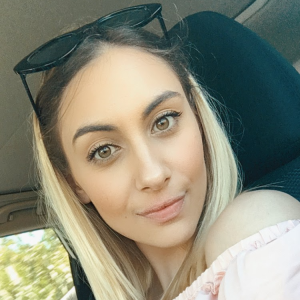 The photography world is constantly evolving. The world of photographers embraces these changes and the development of devices too, being able to express photography to the fullest. Among the most advanced instruments, which have revolutionized the technique, we cannot forget to mention drones. To delve into this world, we interviewed Federico Modica, the first young professional to have experimented with aerial photography in Italy.

«Next question?! Laughs [ed]. Who is Federico Modica… Well, I am a professional photographer and director. I’m a specialist in documentaries and lifestyle. Though my main subject is documentaries, I am also a commercial photographer. I work with ski brands such as La Sportiva, Montura, Rossignol, and others. For about 5 months a year, I follow the cross-country skiing world cup competitions, producing photojournalism pictures for the International Ski Federation.

I have always been a sportsman, a music lover, both to listen to and to play. I’m always seeking new paths, so I consider myself a pretty active person. That’s why I’ve tried various sports. I tend to be too explosive sometimes: I get a lot of ideas about everything and I want to do too many things altogether. The thing I like the most to say about myself is that I love the energy of young people. I enjoy doing any activity that can involve and lead them to express themselves, especially with photography and video, because I remember how happy I was when it all started».

Where does your passion for photography come from?

«The passion for photography knocked at my door when I was 16. I have blurred memories of myself playing with analog cameras as a child, but before that moment they hadn’t impressed me. There were a couple of events that struck me that year. An uncle of mine bought me a digital SLR and so I was able to touch a professional camera up close; then the famous fashion photographer Renato Grignaschi, a distant relative, invited me to Arona on Lake Maggiore because he was retiring and doing one last final show.

So I hit the road with my mom and my grandfather. Without me knowing, Renato called and asked me to go to his house before the exhibition to show him my photos. At that time, I was only a beginner, and mine were all about flowers in the garden and landscapes.

Nevertheless, I was surprised by how he introspectively commented on those simple photos. He easily understood my personality from my pictures, even though I was just a 16-year-old boy who had never taken courses. From that moment, I realized the authentic power of photography: discover people’s nature. My mother kindly helped me buying a very basic Reflex. After a while, I received an invitation for David LaChapelle‘s exhibition, which by the way has become my point of reference in the modus operandi and photographic style. I wanted to start taking as many pictures as I could, so I saved money from a bunch of summer jobs I did to purchase another pair of lenses. Encouraged by the press officer from the volleyball school of my country, I gradually entered the world of photojournalism. Later on, my projects started to be commissioned by the sponsors of the team. I discovered paid work, up to get to work for winter sports».

How did you get to your passion for drones and aerial photography?

«Taking a step back, I am very fascinated by technology and new gadgets; that’s why I try to have hard-to-find equipment or special accessories in my studio. Before commercial drones came out, I bought a moving head from America to which install a camera and move it with a remote controller. Let’s say it was an ancestor of the Gimbal, which used to be attached to a radio-controlled helicopter that was very difficult to fly. I was so thrilled that I called an eli-amateur to help me install it on his helicopter.

I did several tests, and thanks to these I found a client for whom I would have to fly over Piazza di Firenze and around Palazzo Vecchio. Since he was an aspirant photographer, he pulled back for fear of the result, even though I already obtained the licenses. The first official authorization to fly over Florence! I then decided to rely on a company to begin directing without piloting because I didn’t have the proper skills. Aerial photography was new back then. The following year, I bought the very first Phantom as soon as it got out for my personal growth».

What are the details that make the difference in a photo, and what are the elements you pay more attention to when shooting? And what is the message you try to convey with your shots?

«The biggest detail that makes the difference is the photographer. It all starts with the person behind the lens. It’s something apart from knowledge, but rather by what kind of mood you have the moment you snap. I feel like I am very empathetic, and when somebody asks me to describe my work I reply that they should come and see me working with the athletes I work with. The bond you build with people, the way you move on set or react to problems helps a lot. The ability to see how light shapes things, objects, people, landscapes, makes the difference. This is what many people lack. That’s for the best, otherwise, ours would not be a job.

I choose the message that I want to convey depending on the type of photo. Certainly, one of the things that always push me forward is being able to go further. Hence, I do a lot of research on what I want to photograph next, and on myself too.

Furthermore, I have my ethics to follow and I share them with the people I work with. I believe that conveying respect and ethics for the subjects and the environment is fundamental. You have to respect also other professionals that surround you. Tell the truth. When you produce a highly photoshopped photo you cannot deny it, because photography is purely physical».

Among all social media, Instagram certainly makes the image its characterizing element. Does this platform stimulate the creative abilities of photographers? Or do you think this aspect boosts the democratization of photography?

«First thing first, an important distinction must be made. Instagram ruins people’s imaginations. If two hundred people go to Sorapis lake or to an Iceland ice cave just to take a photo for Instagram, it’s more likely that these would be all the same. I believe that no one would explore and try something different. But there is a point to make: am I an Instagrammer, a content creator, or a professional photographer? If I am a photographer I have my ideas, my way of working and my clients choose me for this. I don’t work exclusively for Instagram, even if I keep my profile updated».

Back in 2011, at a very young age, you were a finalist in one of the most prestigious photographic competitions, the Sony World Photography Awards, thanks to a portrait you took at the moment when centometrists started to swim. It is surely a photo you are particularly attached to, are there any other ones of which you are particularly proud?

«I’m proud of all the photos, those that come from me and my will. All photographs have a story behind them: I study a lot to take shots. Each shot has a long preparation. To say, I tried to shoot, while I was climbing, a full moon four times, because I felt I never got it right. Then the moon moves following its trajectory and you need help to get around because the backpacks are heavy. This is why every shot has a great meaning for me».

Did you have particular initial difficulties in mastering the drone and with the piloting techniques?

«In short, the ones I still have!? Laughs [ed]. In the very beginning, it was difficult, because the technical difficulties were millions. The GoPro was placed under the drone, and you could activate it just a few seconds before taking off. You got to see what you were filming but only for a while because the signal was immediately lost. There were no sensors, so crashes were frequent. It’s always difficult to master a drone, even now».

«No. I use drones for sports photography too. It is an extension of our eye in a context that we are not used to seeing. Especially the half-height. We, as travelers, can be used to seeing everything from above: this is why the half-height is rarer. This happened to me at a few marriages. Since half-height photography is the most popular, I also use it for commercial architecture photography. It takes you to see the world from a different point of view and is very fascinating».

Can you suggest the tools to use for professional drone photography? What are the guidelines that the photographer must keep in mind?

«Most drones have a wide-angle camera. You need to keep that in mind when you tilt it because the various lines could sometimes be distorted. The drone is in constant action, and you cannot shoot as if you are taking that photo from a ground-perspective. It takes a minimum of study and experience. No big deal. Modern drones are stabilized and equipped with automatic panoramics. However, they do not shoot vertically; therefore, Instagrammers have to work a little more to adapt it to the platform’s standards».

Do you have any photographic projects in your suitcase? What parts of the world would you like to explore with your drone in the future?

«I always try to plan at least one project a year but Covid has driven each photographer to put everything aside. Nevertheless, I still have a couple of works of Etna. Plus, I wrote a documentary about Mongolia two years ago and I am trying to film it. Due to its high costs, it is a little more complicated than I thought it would. Yet, sooner or later I will make it. I don’t have international projects this year; this can be the opportunity to focus a little more on Made in Italy, to enhance our country even more without having to go too far».

What advice would you give to aspiring photographers approaching the world of drone photography?

«About drones? Well, they arrived a little late. Laughs [ed]. Be inspired by what surrounds you. If you have something particular in mind, do not be discouraged either by the failure or by other people. This is because the world is ruled by envy, and negativity must be turned into positive energy so that you can move forward with your ideas. Every idea has a reason to be valued. I also recommend not paying too much attention to popularity on social networks. If a photo has a few likes on Instagram it doesn’t mean it sucks. Likes on Instagram are not valid photography standards».

Instagram’s impact on the photography

Images that you can feel: what is synesthesia?

The relationship between Photography and Poetry

IT
Scroll to Top