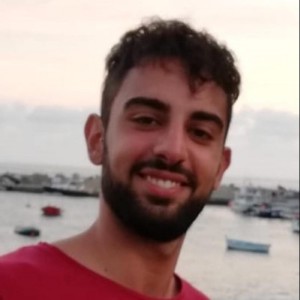 Reportage Photography is a story through images.
The shots follow a narrative thread, tell profound truths and capture real stories.
Reportage photography is often combined with reportage journalism, which intends to document difficult realities, such as scenarios of war, countries shrouded in poverty or struck by environmental disasters.
There are many themes on which the Reportage unfolds, which can take different directions: war, investigative, travel, environmental or social reportage.
The photojournalist who collaborates with a newspaper, while taking into account the editorial needs and paying attention to the aesthetic line of the newspaper, will have ample freedom of movement on field.

We can trace the birth of the photo reportage to 1842, when the two photographers Karl Ferdinand Stelzenel and Hermann Biow captured on film the damage caused by the Hamburg fire.

It was during the First and Second World Wars that the figure of the Photojournalist became established, enlisted in the ranks of the army and bowed to the censures imposed by the States.
Among the photojournalists who wrote the story of this genre is Robert Capa, pseudonym of Endre Ernő Friedmann, Hungarian photographer and pioneer of photojournalism. His reportages document twenty years of conflicts, from the Spanish Civil War to the Indochina War, passing through the Second World War.

The greatest exponent of Italian photojournalism is Federico Patellani, who makes some war reports on the eastern front in Russia and during the Italian military campaign in Ethiopia.
In the following years he has offered an evidence of italian post-war panorama and made travel reports in Africa and Latin America.

Preparation and Planning: cornerstones of Photoreportage

The photo reportage requires study and preparation. Before embarking on the journey, it is necessary to read up on the culture, customs and habits of the population. This research phase, in which the photojournalist compares the journalistic and photographic material already present, is essential to know the reality that he will experience firsthand and that he will tell in his photos.

Interest, passion, empathy, sharing, are part of the baggage that will drive the photojournalist throughout his journey and his story.
Planning the shots in advance allows the photographer to mark the phases and times of his work. This means having a clear idea of ​​the photos to be taken in mind, even before picking up the camera.
However, reportage photography captures natural and spontaneous shots and requires some flexibility from the photographer to deal with any unexpected situations and changes.

Photojournalist: Director and Scriptwriter of the Reportage

The photojournalist doesn’t necessarily have to fly thousands of kilometers from home to be able to tell a story with his photos. Everything comes from his vocation.
He doesn’t seek the artistically perfect shot, but scrutinizes the reality that surrounds him, letting himself be guided by his own instincts and emotions. Rather than focusing excessively on the appearance of the images, the photojournalist will pay attention to the traditions and behaviors of people, their looks and the naive and pure smiles of children.
It is important to establish a direct relationship with the protagonists of his photographic story. He will have to show himself close to what he tells, a closeness that is not only physical but above all emotional and empathic.

The reportage, therefore, requires the complete immersion in the context and in the world the photojournalist wants to depict.
The photographer experiences the daily life of people, eating at their own table, following them in routine tasks, participating in rites and ceremonies.
This sharing and meeting with different cultures is an opportunity for inner enrichment for the photojournalist, who transfers his emotions and personal experiences into the shots.

The photojournalist doesn’t want his photos to be simply observed but to be listened to with the heart and mind, to be able to provoke a reaction and a moment of reflection.

It’s precisely in this that the power of photography resides, capable of loading itself with meanings, messages, and opening the eyes of a world blinded by selfishness and indifference.